According to Environmental laws of Afghanistan, prior to commencing Hydrocarbons Operations in any Designated Field or other area of a Block outside a designated Field, environmental studies including BEA and EIA should be done. 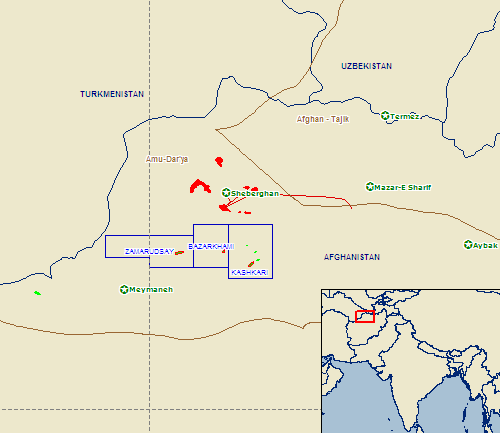 The geology of Afghanistan is structurally complicated, consisting essentially of a succession of narrow northeast-trending terrains of continental fragments of Paleozoic to Tertiary age. Most of the discoveries are located in the Amu Darya Basin in the northern part of Afghanistan. The Amu Darya Basin extends northwestward into Turkmenistan and Uzbekistan, forming the successful Amu Darya gas-oil province.